Sometimes in life we forget to stop and notice the little things. But thanks to two little feet, and an inquisitive mind I am again noticing what once I just passed by.

It was Monday morning, and we were set out to meet some friends for a little hike. On the way, our friends let us know that they were going to have to cancel. Naturally, I thought about turning back. There were errands that we’re overdue and a house that  needed to be cleaned, but I chose to make the best of the day and continue on.

“I realized I was exactly where I needed to be.”

Since there was no one with us I decided to let Samuel set the pace and walk as far as he could. As we walked along the trail I initially thought to myself that this was going to take all day. Crawling along at a snails pace. But in the moments that followed I realized this was exactly where I needed to be. Samuel toddled along noticing things in a way that I had never seen him notice them before.

Samuel has miles of hiking under his belt but most of those I’m caring him. It’s always been faster and easier. We talk along the trail and I sing songs, but it’s hard for me to see what he sees. It’s hard for us to have a real connection. So as I followed behind I saw Samuel look at the things around him in a whole new light. He would stop to examine different leaves. We would talk about the shapes of flowers blooming along the trail. I would point out the colors and he responded with laughter and questions in his own silly language.

As we continued for the next mile or so I kept thinking to myself how proud I was of this little man, making his way down the trail. Avoiding obstacles, reaching out a hand to ask for help. And then I realized I heard him saying thank you. Each time he brushed past a branch or fern, every time he stepped over a root or climbed on a rock, I would hear him say thank you as he looked back at each one of them.

I like to think my little nature boy was saying thank you to the forest for allowing him to be a part of its world. For allowing him to walk it’s paths, taking in all the sights and smells. Listening to the birds chirps in the trees above, and the water flow nearby.  I would watch as he would stop and kneel down to touch a tiny twig or point at the ants and caterpillar’s he saw on the forest floor.

I wondered why it had taken me so long to let him set the pace. To let him guide us on the days adventure.  We’re so busy with the day-to-day life. Running here and there, trying to get everything done. But on that day I realized that although those things are necessary, they are always there. I can never re-create these moments. I can never get back these memories with my child. Because what he sees one way today, may look totally different next week.

As I sit here and write this, I am thankful for the little moments we have with each other. And I am hopeful that our connection with each other and with the world around us will continue to grow while we look at life through a child’s eyes, and remember to say “Thank You”.

Wednesdays are quickly becoming my favorite day of the week 🌲
Wednesday’s are for wandering…
Take only pictures 📷
Happy Birthday Daddy🎉Thank you for always being there no matter how crazy life gets. You have always been the first to cheer me on and the first to tell me the truth. Although we don’t always see eye to eye I know how blessed I am to call you dad. Cheers to 70 🍻
When a client sends you pictures as great as these, you have to share them. @hannahjoy44 really showed her talent of capturing that candid moment ✨
This week has been full of emotions, and going back to normal just doesn’t feel right. So I will continue to share things that matter, my opinions, whether anyone else agrees. I will have hard conversations with my kids so they understand. And I will hold them fiercely and thank my Creator for another day
This weekend was all about sunshine, helping women pursue goals, and growing in my own leadership skills. Throw in lots of good conversation and laughter and you have a recipe for pure magic ✨
“Children are born with all the curiosity they will ever need. It will last a lifetime if they are fed upon a daily diet of ideas” ~ Charlotte Mason
This achievement deserves a permanent square! 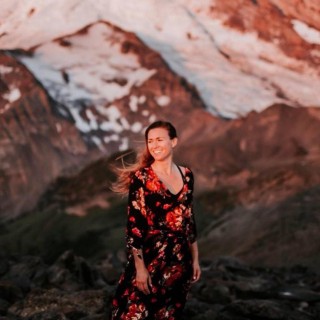 Hi! Welcome to Mountain Mama! I'm RyAnn and I'm so glad you've found us. I invite you join along in our advenures, explorations, and my attempt at homeschooling.